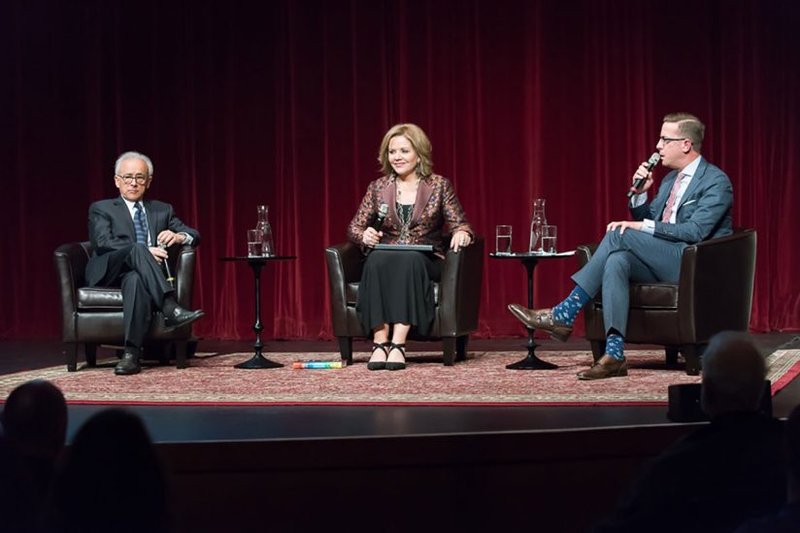 Antonio Damasio, Renée Fleming and Christopher Koelsch discuss the possibility of using music in treatment for issues like chronic pain or cancer. Photos by Michael Palma.

The cast: an opera star, a neuroscientist and four young artists in residency with the Los Angeles Opera.

The plot: a musical approach to serious illnesses, among the “wicked problems” identified by USC Provost Michael Quick as university priorities.

The setting: USC’s Bovard Auditorium, hosting “Music as Medicine,” a uniquely focused USC Visions and Voices event that examined the connections between music and our well-being.

“Wellness isn’t just about what doctors do,” Quick said. “It’s about what all of us do. It’s about the arts and humanities: How can we bring them to bear to make people healthier?”

The event, co-sponsored by the L.A. Opera and USC Dornsife’s Brain and Creativity Institute, featured renowned soprano Renée Fleming and Antonio Damasio, a University Professor, holder of the David Dornsife Chair in Neurosciences and professor of psychology, philosophy and neurology at USC Dornsife. Christopher Koelsch, president and CEO of the L.A. Opera, served as moderator.

“I remembered the first opera I attended at age 7, and I hated it,” said Damasio, drawing laughter from the full house. “But I think I became a neurologist because of the arts. Fleming has supported research and awareness of the connection between music and health for years.”

Fleming, who co-authored a 2017 article for the Journal of the American Medical Association on the science of music and the mind, discussed her work. 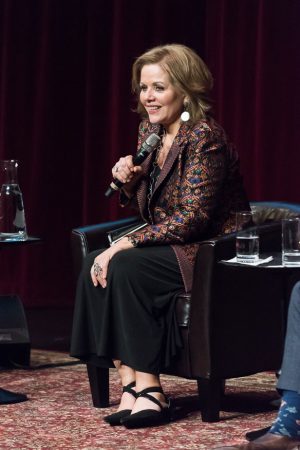 Renée Fleming, a star soprano, spoke at the event in partnership with the L.A. Opera.

“Music affects empathy and trust. It’s a marker of creativity, and we’re hardwired for it,” she said. “Every civilization, going back 40,000 years, has had music.”

Throughout the evening, Damasio and Fleming presented research demonstrating music’s benefits for the mind — along with their philosophies about what the mind really is.

“Minds are not brain alone,” Damasio said. “It’s the nerve system and the body, all interacting to produce what we call the mind.”

Though billed as a conversation, the evening was filled with the sounds of young talent, as singers and pianists from the Domingo-Colburn-Stein Young Artists performed several pieces.

When pianist Nino Sanikidze and singer Taylor Raven finished their rendition of “Amazing Grace,” the auditorium was utterly silent for a beat. A booming applause followed, the diverse audience joining in celebration of a universally known hymn.

“What is music, really?” Damasio asked. “Music is part of our lives, anywhere in the world. Poor and rich, it is universal, it is across the world.

“If music did not have this universal way of producing emotions that then becomes our feelings, it would not be universal.”