Elementary school STEM education programs are struggling, particularly in low-income neighborhoods. The leader of USC Dornsife’s Young Scientists Program explains how and why USC students are helping to make a difference. [3¼ min read] 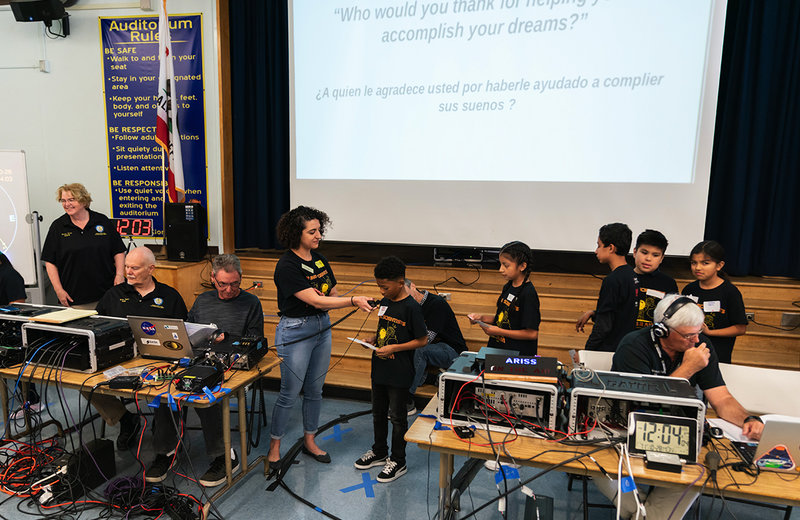 The effectiveness of California’s new science curriculum was just tested and, disappointingly, it failed. The Los Angeles Times reports that fewer than one-third of students throughout the state met or exceeded the California Department of Education’s new science standards and that low-income students and black students had particularly low scores.

The new educational approach, dubbed the Next Generation Science Standards (NGSS), is intended to help students learn science, technology, engineering and math (STEM) by engaging in authentic, relevant, student-centered experiences — not simply rote memorization. Unsurprisingly, research shows this is a much more effective way to learn. So why did the curriculum fail its first test?

First, it’s new and not all schools have introduced it. In NGSS professional development sessions that USC offered last year, 69% of participating elementary school teachers had never heard of the curriculum, even though California adopted it in 2013.
Second, a majority of elementary school teachers have had fewer than 15 hours of science-specific professional development. Considering people with degrees in STEM-related fields are much more likely to pursue more lucrative careers than teaching, that’s not likely to change. 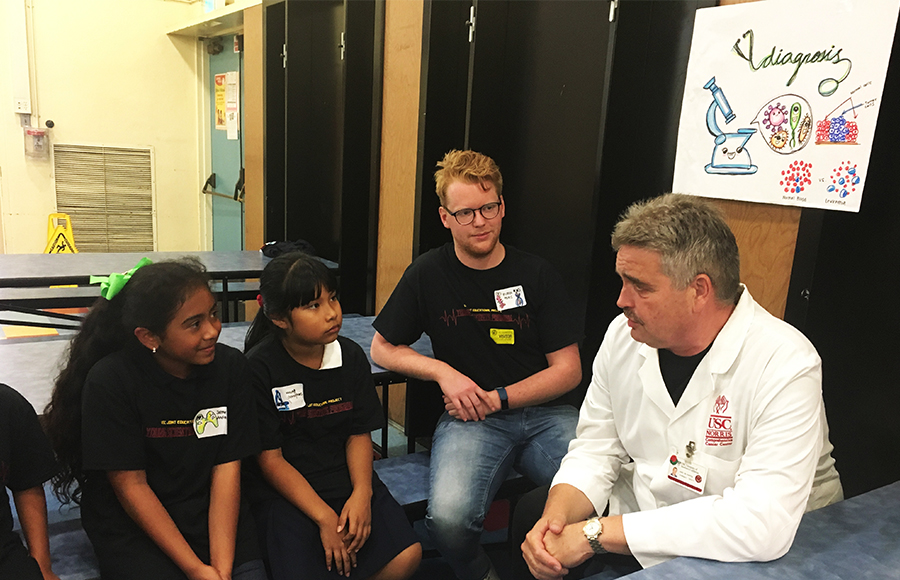 Third, many elementary school teachers are not only under-resourced, they’re overworked, and creating interactive STEM-related activities is time-consuming and material intensive.

One of the solutions is for colleges and universities to step up to support the education of elementary school students.

For more than 14 years, USC Dornsife College of Letters, Arts and Sciences has been doing that, and I’ve seen firsthand what a difference it makes when our STEM students, who are some of the best in the country, have the opportunity to teach science through engaging, hands-on experiences at nearby elementary schools like Vermont Avenue Elementary, where 82% of the students are Latinx and 13% are black.

I lead USC Dornsife’s Young Scientists Program, which recruits undergraduate and graduate students throughout the university to serve as teaching assistants who, under the direction of our Joint Educational Project faculty and staff, bring scientific laboratory experiences directly to students and their teachers at schools that primarily serve low-income families. We’re inspiring grade school kids to learn about STEM through unique and engaging experiences that few elementary schools could do on their own.

Late last year, for instance, we secured an opportunity for kids at Vermont Avenue Elementary to have live radio contact with an astronaut on the International Space Station (ISS) as it passed over Los Angeles. I couldn’t help but be overwhelmed by the awed reactionof the auditorium full of fourth- and fifth-grade students as they watched 10 of their classmates excitedly ask questions of the ISS commander via amateur radio. 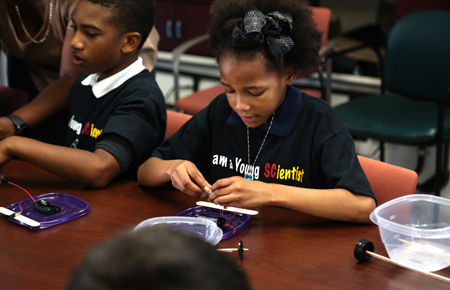 We worked with the school’s faculty and staff to host a contest to determine which students’ questions would be asked during the nine-minute contact with the ISS, generating more than 300 questions. We updated their STEM curriculum to be space-themed and invited the K-2 students to make astronaut art that we hung around the auditorium. We also live-streamed the event into all of the participating classrooms in our program so that they could join this amazing experiential learning event with amateur radio.

A 9-year-old girl who has been very active in our program said she wanted to be a “normal scientist” before making contact with the space station, adding, “but now I’m going to try my best to get into a school that’s very good for astronauts.” Imagine how many more kids would pursue STEM-related degree programs if they were inspired by science in grade school?

Our Young Scientists Program has become so popular that we aren’t able to keep up with the increasing demand from elementary schools in the neighborhood, so I think about the difference programs like this could make in communities throughout California and the country, particularly in low-income neighborhoods.

Dieuwertje Kast is JEP STEM program manager and director of YSP at USC Dornsife. An alumna of USC Dornsife and USC Rossier School of Education, she has written curricula and held leadership roles for Wonderkids, YSP and the Leslie and William McMorrow Neighborhood Academic Initiative at USC.